Fundraising is not only about funds but also about friends

Fundraising is not only about funds but also about friends

Chris De Cock has been responsible for Philantropy and Partnerships since the beginning of 2021 at Welzijnszorg, an ngo working for a society free from poverty. Chris is developing a new area of fundraising within the organisation, as previously there was no focus on philantropy and partnerships. The guiding principle for Chris is that fundraising is not only about funds but also about friends. 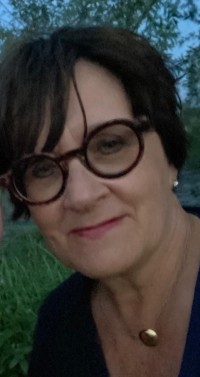 Chris: “Friends are the people or organisations whose DNA matches our organisation and whom we can ask to join us in our fight against poverty. In this respect, I am primarily focusing on testators , major donors and corporate partnerships. For this, I focus on major donor fundraising, a tailor-made approach in which the one-to-one relationship is important and which builds a long-term relationship. Another aspect in my job is increasing the support base and retention of the large group of existing donors. I set up a telemarketing campaign to connect donors to our organisation for the longer term.”

After many years as an entrepreneur and communication and HR employee in nature, art and construction sectors Chris decided to do something different. Initially she was thinking about becoming self-employed and helping artists to grow. “But then an acquaintance pointed out to me that there was a job at Emolife which would suit me. It took me a long time to take the step to really do what was dear to me. At this company I guided organisations in their fundraising and provided them with training. It was there that I became so passionate about philantropy and friendraising and helped charities, socio-cultural organisations, hospitals and schools to realise their dreams.”

In the world of fundraising Chris feels everything falls into place. “With my entrepreneurship believing in dreams, it is a logical step to work with charities to achieve 'just that little bit more'. In a conversation, I often present myself as a modern, ethically driven Robin Hood. Taking funds where there is a surplus and bringing them to the places where they are really needed”, she explains. Chris feels like a fish in water in her job. “Everyone always tells me I need to network. But that does not come as a task to me. It is something I do naturally.”

“For me, the best fundraising method is that of 'relationship fundraising'. In essence, it's about putting the partner at the centre of fundraising to ensure that every action taken by Welzijnszorg strengthens the relationship with that partner. Each partner should feel involved and valued. Building and deepening these relationships leads to more support. By doing so, we build long-term relationships with testators , major donors and companies and this also forms the starting point for approaching and expanding the supporter base on the basis of a common DNA that connects us. To this end, we use relationship management at all levels. This ranges from one-on-one conversations to mailings and organising events. The technique of storytelling and the use of testimonials form the basis of communication with our current and future donors.”

"You need professional knowledge infused with enthusiasm, patience, humour and lots of love!”

A solid fundraising plan as a basis for future results

Networking and working on these relationships comes naturally to Chris. But using the right and specific know-how to reach the set goals is necessary. “Fundraising is also a profession in which building a solid plan is the basis for future results. You need to use entrepreneurship, heart and creativity”, Chris states. “As a fundraiser you need to be aware of the connecting role you take up between a potential partner and the organisation. To make this connection, you need professional knowledge infused with enthusiasm, patience, humour and lots of love!”

Common grounds between charities and corporates

As partnerships are pretty new to Welzijnszorg, there are some colleagues that need(ed) some convincing on this part of fundraising. “I find the partnership that Natuurpunt has with Coca Cola (and was mentioned during the FAB webinar on corporate fundraising in May 2021) very inspirational, because it is not an obvious partnership. I really want to use this case to show that it can be done, that corporates are not something we should avoid, but embrace. That you can find a common ground, or in this case water, between charities and corporates.”

“When it comes to broader awareness campaigns ‘Nooit meer alleen’/’Never again alone’ by SOS Kinderdorpen really caught my attention. It is a campaign in which supporters can post their first name on social media to draw attention to the importance of everyone’s name and the loving significance that should be attached to it”, Chris explains.

This is a campaign that also reaches a broader, younger fanbase. “That is something we also try to achieve with our campaigns, because our donors and supporters are very loyal, but also rather older. So that is something we try to work on, and also increasing brand awareness and building a good CRM system and back office to register and measure and adjust the entire fundraising process on this basis.”

Drop in volunteer motivation due to COVID-19

Despite the corona crisis and the fact that campaigns were held in partial lock-downs, results from fundraising have been good in 2020, and seem to be heading in the right direction for 2021 also at Welzijnszorg. “People in poverty are hit twice as hard by this pandemic, and we did a few calls for donations related to COVID-19 which worked really well. The fact that we have such a loyal supporter base really helps. We do however see that the motivation from volunteers and supporters really dropped since last year. There is a fatigue due to constantly having to change plans and being creative due to corona.”

Chris too has had enough of  team calls and meetings with mouth masks on. “I now had a year to work out my fundraising plan, I really feel it is time to head out into the field. But that does not work that well by telephone or online meeting.”

Previous post The importance of ethics and transparency in fundraising organisations Next post People want to give online, give them the opportunity to do so
Close