Fundraising is not about begging, it is about using your expertise to do good

Fundraising is not about begging, it is about using your expertise to do good 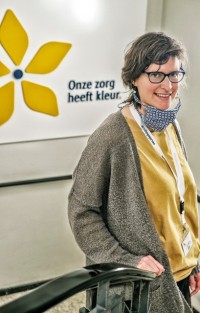 Josti studied International Politics and Journalism and always wanted to work in communications for charity. She now has over ten years of experience in fundraising. “After my studies I wanted to gain some experience abroad. I went to Senegal for two years with Enabel (Belgian Development Agency), where I worked on communications for a project. Then I went to Guatemala with Broederlijk Delen, to work on communications for a partner organisation.  After that I wanted to get back to Belgium.” Back in Belgium Josti started a job at Dierenartsen Zonder Grenzen/ Vétérinaires Sans Frontières as Communication & fundraising officer. “For me the fundraising part was an unknown factor. I didn’t know anything about it. But I had a manager at the time who really inspired me and gave me a real drive and passion for fundraising. And eventually when she left I became the communication coordinator and I focused on the fundraising part.”

Josti loves her job because she believes in everyone’s right to a dignified existence and a better life. “I have always wanted to help others with my skills and experience. And the passion for fundraising as such has also grown, because it is quite specific and you can build an expertise in that profession. You are constantly working with people who give to charity... with people who show their good heart and solidarity. I really get a warm feeling working with donors.”

Misconception of the job

Josti’s manager at Dierenartsen Zonder Grenzen passed on her knowledge to her. She took her to the IFC in the Netherlands, and a fundraising day organised by Ilja De Coster, co-founder of the future FAB. “Fundraisers are still rare in Belgium. It is a job that might scare people off if you don’t really know it. Often labbeled as begging. But it is a job that is very satisfying and it uses values and standards. It is a challenging job, but a job that brings you into contact with so many warm people.”

“As a fundraiser you need perseverance. You should not be discouraged by one or more setbacks. And don’t be taken aback if people don’t really understand what you do. If this happens it is important to show understanding, expertise and motivation. This way you will win hearts and souls for your cause.”

In her current job at Ziekenhuis Geel she spends about 20% of her time on fundraising, depending on the period in the year or the campaigns running at the time. “Especially in the beginning a lot of time went to setting up the fundraising. I had to write a fundraising strategy and implement it from scratch. Also, to be able to get tax certificates for our donors, I had to create a non-profit organisation, Dimpnafonds vzw. As a regional hospital we are not recognized by law to give out tax certificates. For now we have a cooperation with Pelicano Foundation to give out tax certificates. I hope to get a recognition soon by the Belgian government to do it ourselves. University hospitals have been doing succesfull fundraising for some time, but regional hospitals are not yet as active.“

In a first phase in 2019 Josti determined some themes and campaigns and timing to raise money for in the next few years. “But then at the beginning of 2020 Corona came. We put the campaign we had planned out for our rehabilitation garden, on hold. We had already found a major donor for this project. The publicity campaign for this project had to be delayed to 2021, after Corona, and we did a campaign for help during Corona instead. That was the first publicity campaign for the hospital; it was the momentum. During that first campaign we managed to collect around 50,000 euros.”

“For Ziekenhuis Geel we work on project fundraising. Our campaign for the rehabilitation garden will end at the end of this year. We are already preparing a new campaign for a new children’s ward in the hospital. The plans for the ward are ready, but this campaign will raise money to create an experience for the children and make them feel at ease with the way the rooms are designed or decorated.”

Josti especially believes in the effectiveness of community fundraising and major donor fundraising for Ziekenhuis Geel, as local hospital. “You can mobilise people from the region, through public campaigns online, via direct mail, events, … You can really bring the hospital to the people, … Corona has proven that. People from all over Geel and region came in to donate mouth masks and other material they had or made. And on the other hand during this period a lot of companies or organisations made a spontaneous donation to the hospital.”

“When I first started working on fundraising at Ziekenhuis Geel I noticed the scepsis among the staff towards fundraising for the hospital. They didn’t or don’t know what fundraising is. How can hospital staff be ambassadors for the hospital’s projects? That is one of my challenges, raising that internal awareness. They should create a reflex, when patients are really positive about our hospital and want to do something in return to show their gratitude, to put them into contact with me and my team. The ‘warm’ contacts that everyone within the hospital have with potential donors is so important.”

"This period of Covid 19 has been a really intense and exciting period. All eyes were suddenly on healthcare and we could make a difference as communications and fundraising department."

“In the annual report of 2020 we mentioned the amount raised by fundraising, which was about 100,000 euros. And I got a lot of reactions saying: ‘I think you put a 0 too many.’ They never thought that so many people would want to give money to their organisation. That awareness is now partially put in place.”

Safety net of other fundraisers

As the number of people actually working in fundraising is scarce, Josti finds it really important to be involved in an association as the FAB, of which she is also secretary. “I find it so helpful to have a safety net of other fundraisers and suppliers of fundraising, with whom I can brainstorm and exchange ideas and tips. And the events and sessions by FAB are an extra support in our job. Campaigns by other organisations are inspiring and it makes you want to try new things. As a (board) member of the FAB I fully support the further professionalising of the fundraising profession. It should also improve the image the profession has.”

Do you want to join the FAB as member too?

Previous post Direct Dialogue: Train the trainer (by VEF-AERF and FAB) Next post “People give more ad hoc and tend to give to people”
Close