Awareness about the importance of biodiversity helped raise money

Awareness about the importance of biodiversity helped raise money

Baudouin Oldenhove is responsible for Marketing at Natagora. He was interviewed at the Santé Généreuse event by FAB and testament.be in June. Natagora could surf the wave of awareness about the importance of nature and biodiversity that came along with the pandemic outbreak.

Natagora is the counterpart of Natuurpunt in Wallonia. Natagora's aim is to protect nature, more specifically in Wallonia and in Brussels. It has one major objective: to stop the degradation of biodiversity and to reconstitute a good general state of nature, in equilibrium with human activities.

Specific nature project with before and after pictures 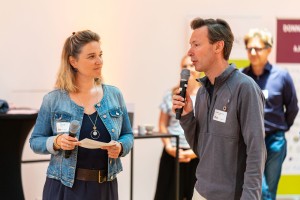 Baudouin explains: “Covid has made people very aware of nature and the importance of biodiversity. People went for walks and (re)discovered nature. We set up a project in the vicinity of Mons, at Grand-Vieux, concerning a piece of nature of 84 to 100 hectares. For that project, we made a separate website that showed what the domain looked like before the purchase and what it could look like. The fact that people were more engaged with nature benefited that project. In addition, the tax benefit for donations was raised to 60 per cent in 2020, and we also communicated about this at the end of the year. In the end, there were 2.000 donors who invested, which is much more than usual. 230.000 euros were collected for that project. So that was a great success.”

“Mainly the existing supporters and community from Natagora were activated to donate. But this project and campaign gave Natagora some new leads as well.”

Prove to management and staff that investing in fundraising pays off

Putting up the campaign and website came with an unevitable cost . “Of course this was an investment. But I think this project has proven to our staff, management and board that it pays off to invest in fundraising and that extra actions yield more.”